25 December, 2008
…
“It’s the first Christmas without you. We weren’t too fond of the holidays, were we? Anyway, we usually stayed in Paris since they coincided with the haute couture collections. I’m in Marrakesh now, at the house which belonged to us and which is now only mine, where everything reminds me of our life together and retells our story. You know, fifty years have gone by, one after the other, and my memory of them is blurred at times. What were we doing in 1958? I was our first Christmas, and yet I don’t remember a thing. We lived on the place Dauphine. Shortly before the holidays, we heard Callas at the Opéra, at the legendary gala we’d never forget. But of that Christmas, that particular Christmas, I don’t remember a thing.” 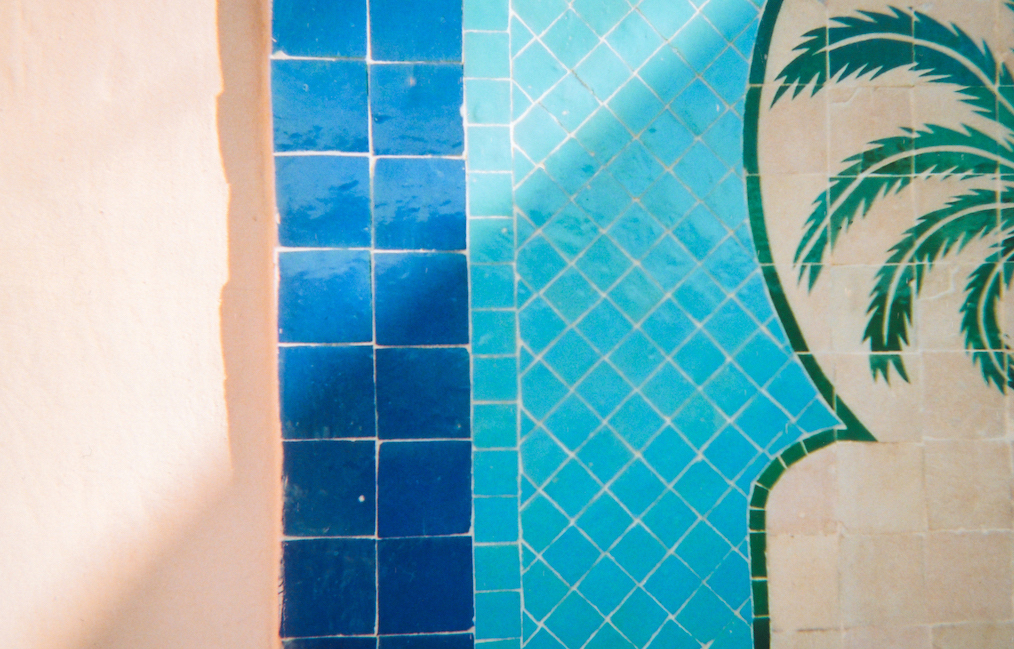 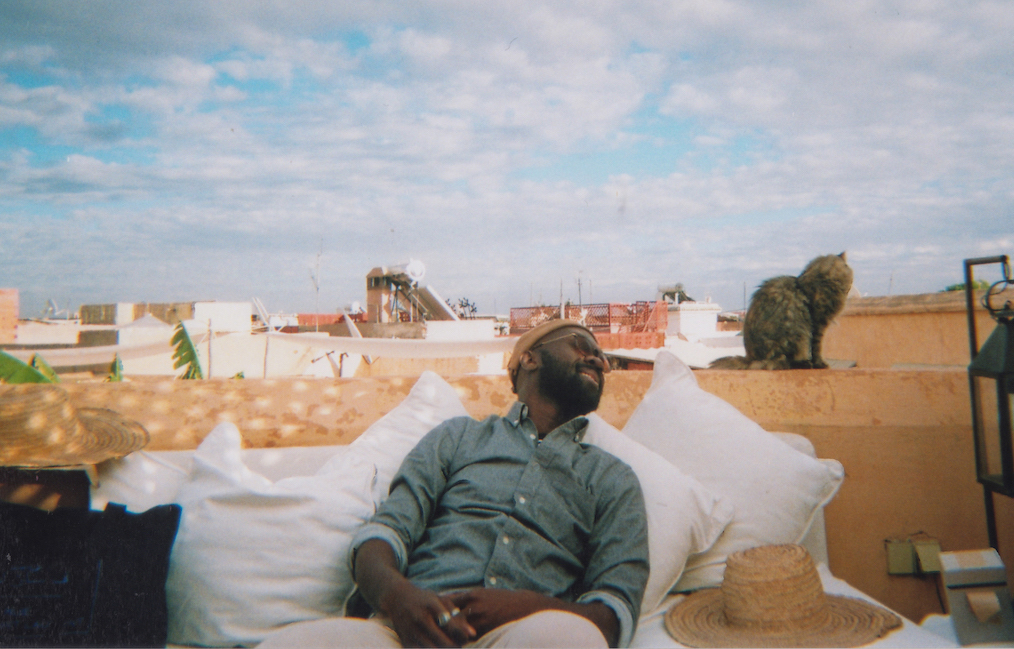 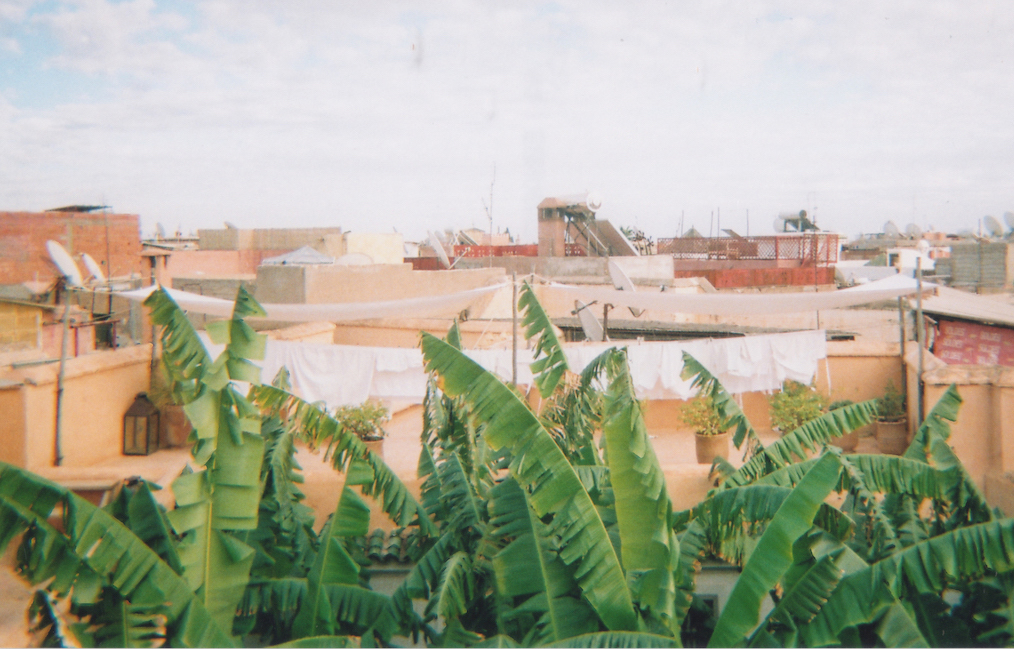 30 December, 2008
“I am on the plane that’s taking us back to Paris. We’re flying over Tangier, and I can see our house. Well, barely make it out. Yves, we made this trip together so many times over forty years. This last stay in Marrakesh was pleasant and yet difficult. Pleasant because I liked the people who were there; difficult because you were always present, everywhere. I’ll get used to it. I do remember that you no longer liked going to Marrakesh. But what did you like? You also distanced yourself from Deauville. You rejected and refused everything. Anything became an excuse of your anger and foul moods. Those close to you – the only people you tolerated – didn’t hold it against you. Was I ever cross with you? I can’t deny that it was horrible times. But after all, it’s been a long time that I’ve accepted and tolerated everything, as you couldn’t face anything; the least obstacle would destabilise you, provoke your anger. You lived the last twenty-five years – and twenty-five years is a long time – inside your shell, separated from reality, sheltered from the world. The truth is, you were never able to shake off those awful years; those around you, whom you would see every day, knew you were right when you referred to yourself as the ‘living dead’. The last part of your life was terrible, full of horrors that were more or less predictable, hopeless, full of hysterical outbursts, since you were profoundly hysterical by nature.” 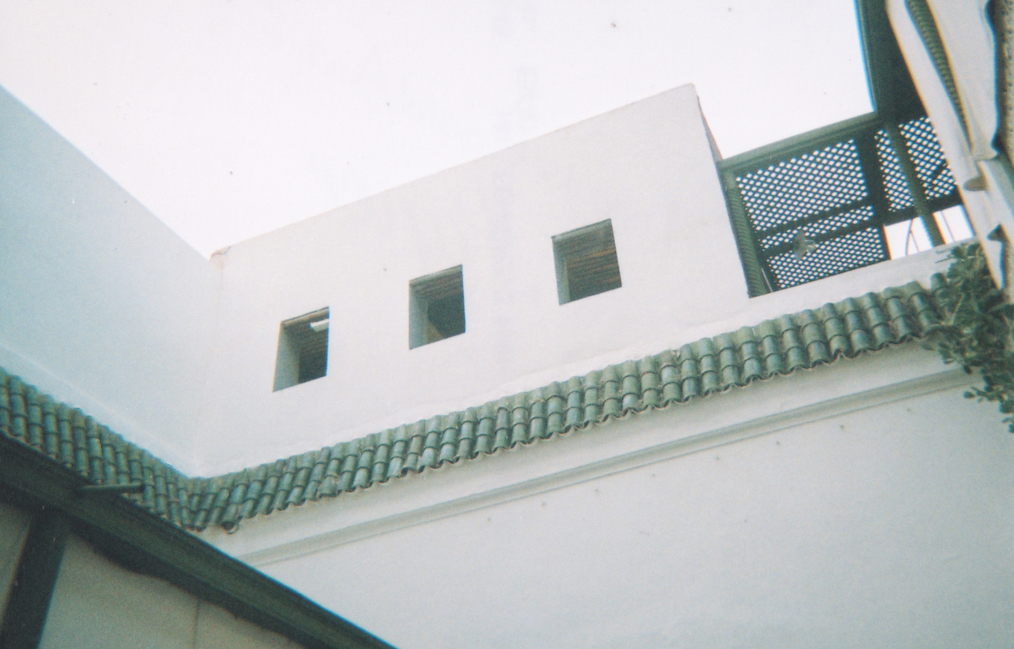 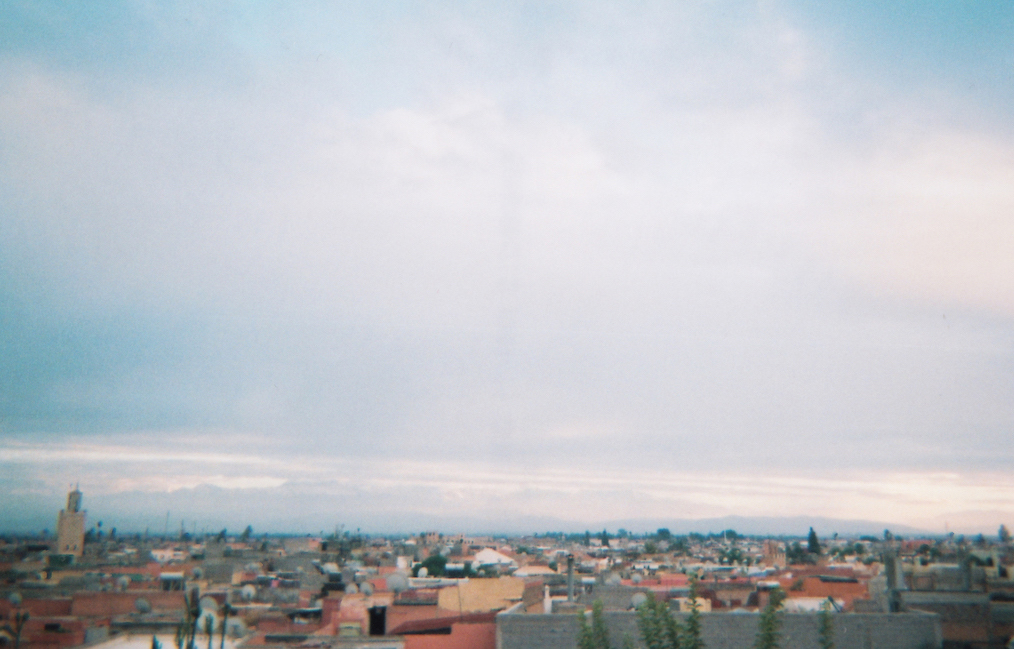 13 January, 2009
…
“This auction is monopolising my time. They ask me the same questions over and over again: How did you build the collection? What’s the first thing you acquired? Why are you selling your collection? What was your favourite painting? And mine? I repeat the same things. If only these people, the journalists and others, knew that sex was the real driving force, and not art! It was sex, and my forcing you to discover it, that was the motor for: our love, our fashion house, our collection, our lives! The two of us were reading the Marquis de Sade instead of Bernardin de Saint-Pierre. Sex triggered our first meeting, sex reconciled us when necessary, and it’s the remembrance of sex which we so often evoked and united us till the end.” 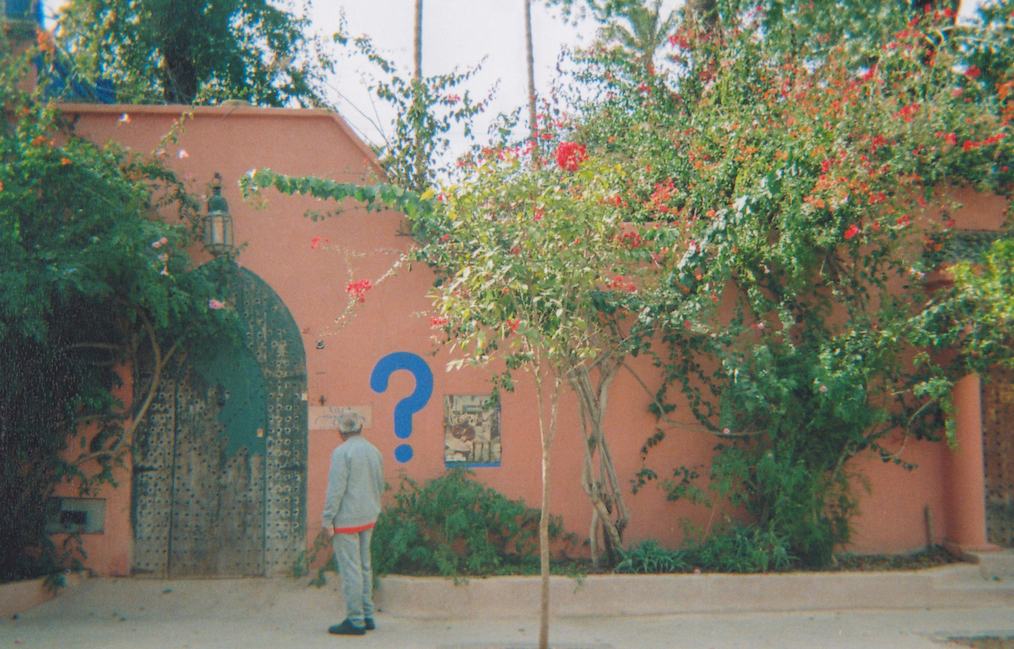 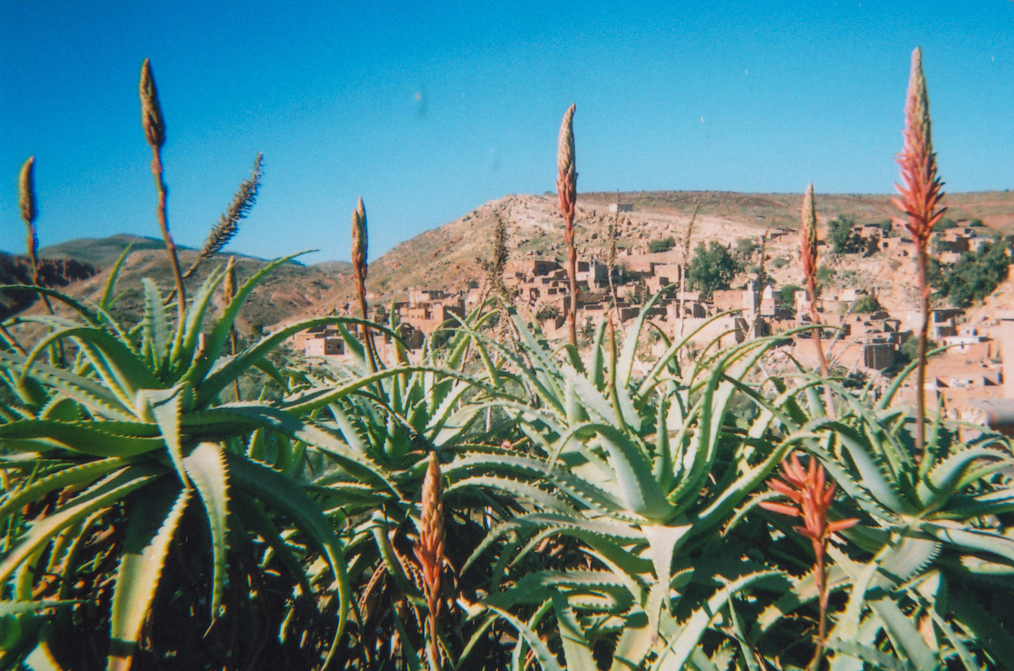 17 April, 2009
“I’m in Marrakesh and once again amazed by the work that Madison has been doing for several years at the Jardin Majorelle. Beautiful and above all, right. The garden pots that you painted in unexpected colours have been placed along the pathways. Our garden doesn’t disappoint me, even after seeing the incomparable gardens of Andalusia. Of course, they’re different, but they all share a sunny birthplace, as well as bougainvilleas, amaryllis and cacti.” 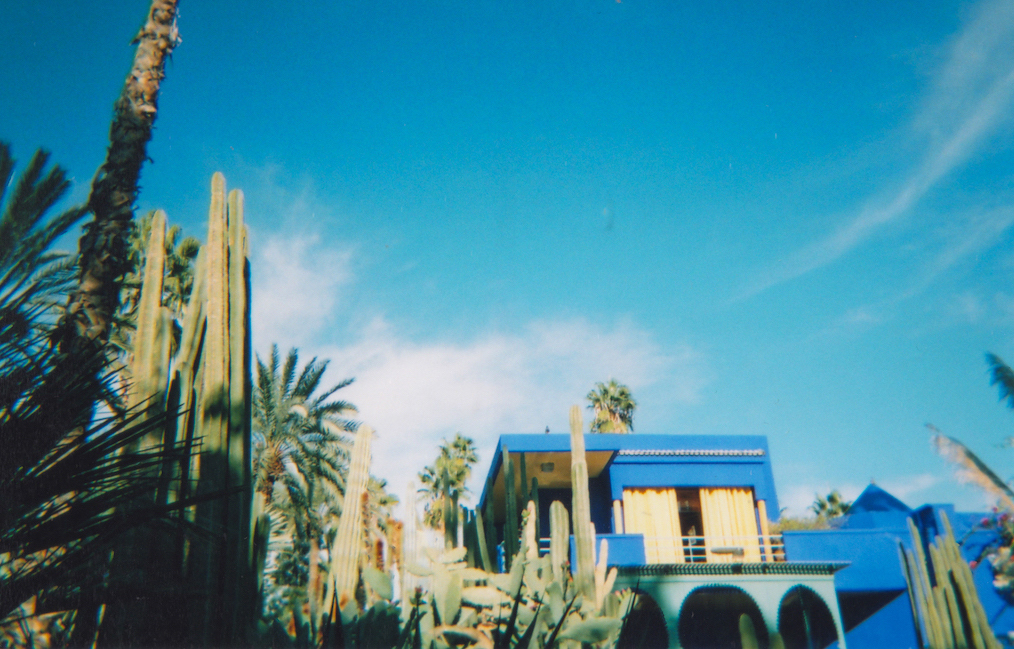 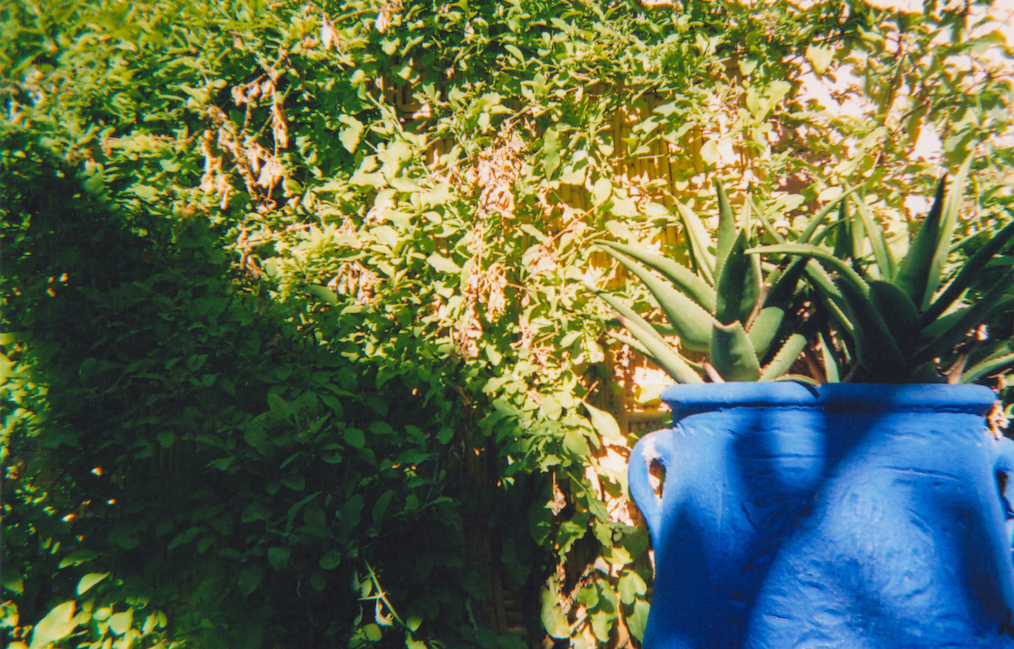 22 May, 2009
“I’m in Marrakesh, how can I not think of you? Memories of you are everywhere, refusing to leave the city that was so important to you and your work. Marrakesh is where, you would say, you discovered colour and your palette. The clothing worn by the local women dazzled you; you were carried away by the hint of a saffron-coloured lining underneath a green caftan, by headscarves with borders of jet-black fingers, but also by the jacaranda and blue melia trees, the red hibiscuses, the orange cliveas, the pearly white water lilies. I’m sure that’s where you were happiest. Where we were happiest.” 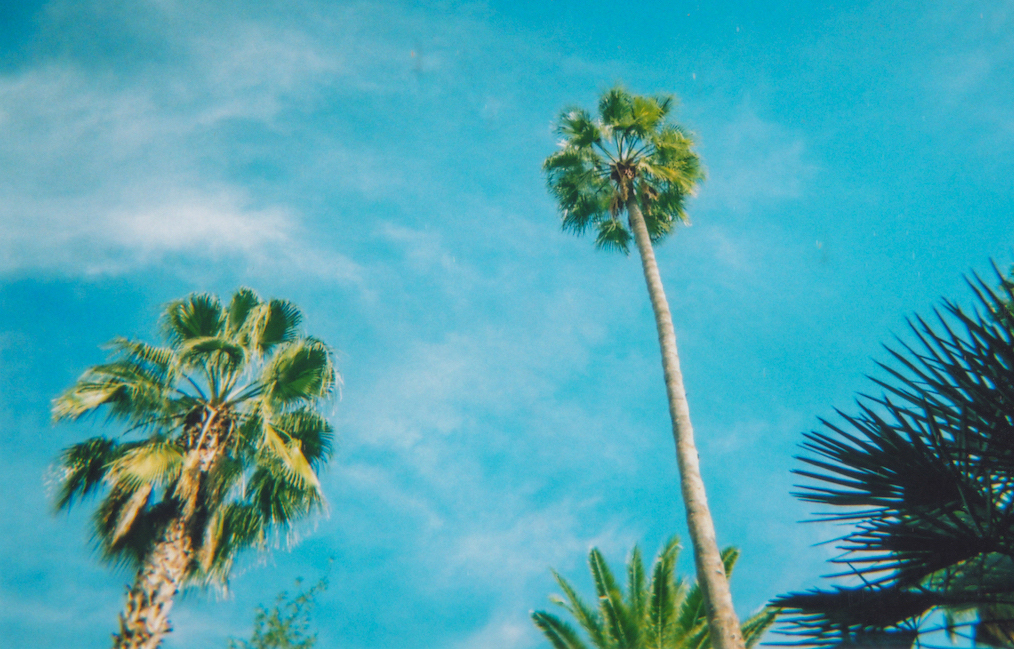 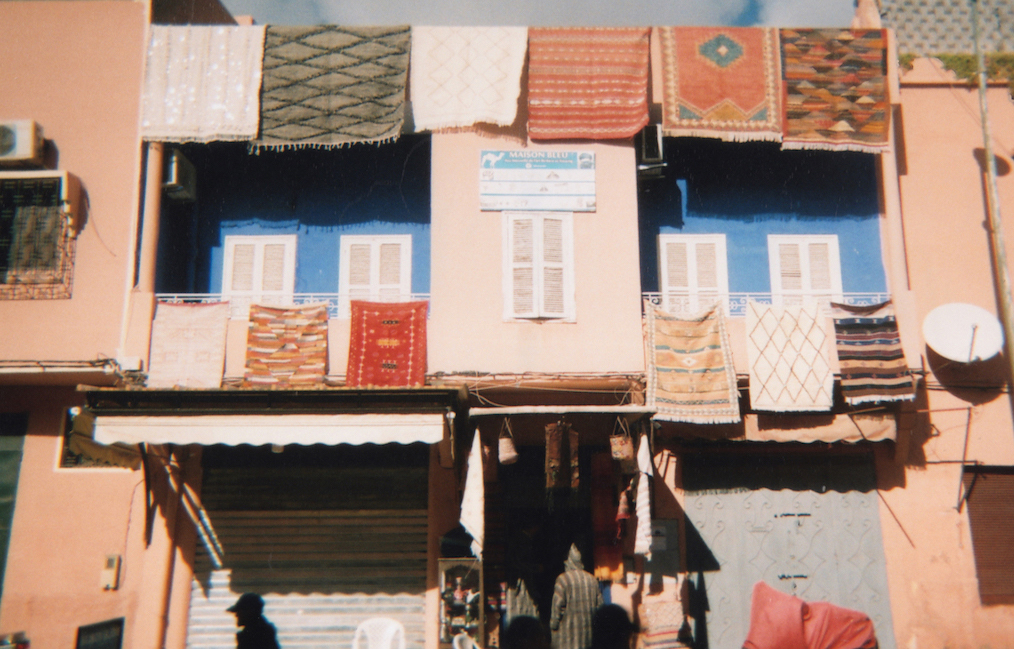